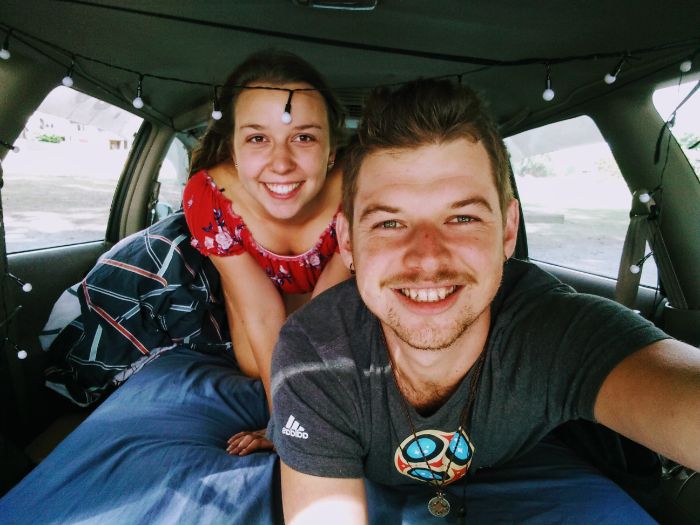 Did we wash our dishes? Check.

Do we have enough water? Check.

Do we know where we will sleep tonight? Uhh…

This checklist was part of my daily routine for three months in New Zealand.

After working the summer in a small town named ‘Wanaka’ in New Zealand’s south island my partner and I decided it is time to see the rest of the country.

In Wanaka, we bought our (second) car (we lost our first one on the north island but that’s a different story) and named it Sheila. 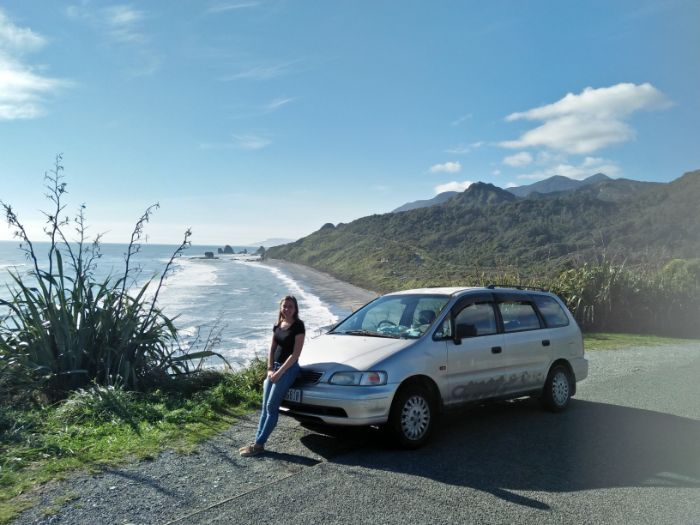 Sheila was a Honda Odyssey.

Originally she came to this world as a seven-seater but a previous backpacker has performed beauty surgery on her and has replaced the back seats with a wooden platform.

This platform offered enough space to fit a mattress on top and cooking utensils and a pull-out table underneath.

To give Sheila the final touch we provided her with some more accessories like curtains, interior lights, and pictures which gave her a homey look. 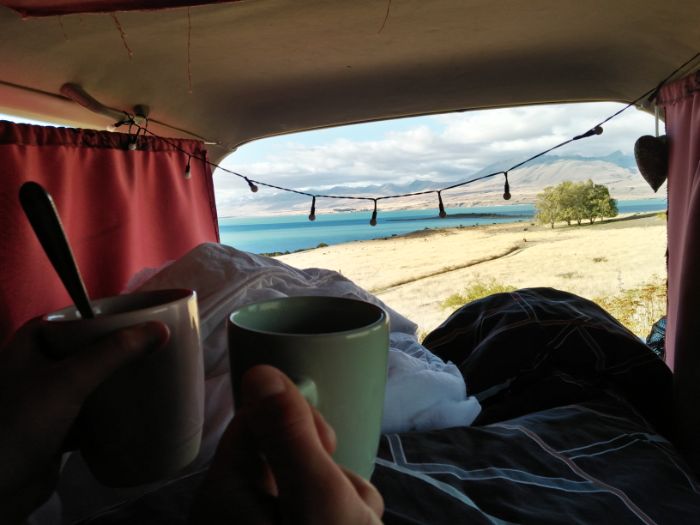 After setting her up we were ready to hit the road.

By this time it was already mid-March and Autumn was well on its way.

The days were still warm but the nights were cold. Luckily, we had a lot of blankets and a comfy “bed” to keep us warm.

First, we traveled around the south island.

We noticed that New Zealand is a very camper-friendly country.

There are campsites all over the country – some of them are even free to use and hidden camp spots are around every corner. 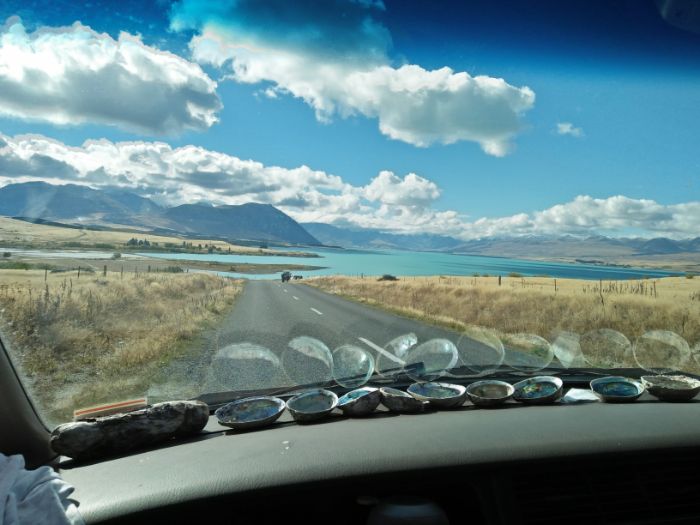 “Officially” only people camping in self-contained vehicles (meaning you have a toilet and water supply inside your car) are allowed to freedom-camp.

I guess it’s a good rule to have in place though. We saw several places that were abused by disrespectful campers who left their trash and toilet paper behind in the wild.

No doubt, this is disgusting!

So, we would always make sure to leave no trace behind anywhere. 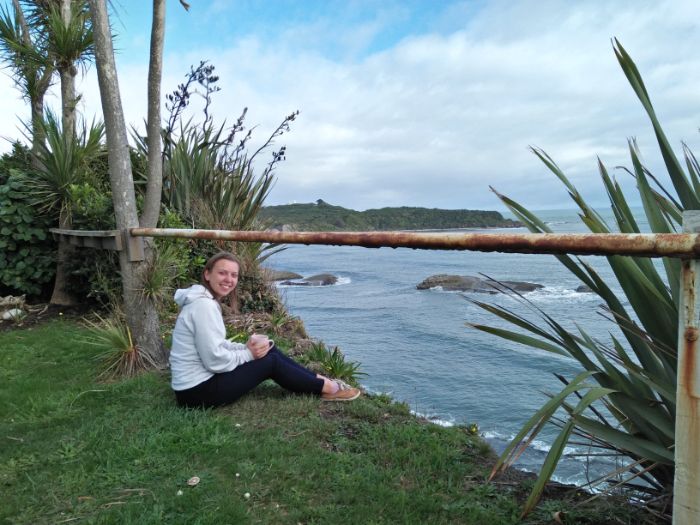 In the mornings we would wake up at sunrise.

If we camped in a nice place we would have breakfast there. If not, we would leave (making sure not to leave any trash behind) and drive a few kilometers until we found a pretty place for breakfast.

Another great thing in New Zealand is that there are free picnic spots everywhere.

Oftentimes we would find ourselves pulling off the road to set up breakfast at a picnic table.

It was not rare for us to sit there for an hour or two, drinking coffee and enjoying the scenery around us.

And the scenery in New Zealand is amazing;

We were surrounded by beautiful wilderness anywhere we looked. 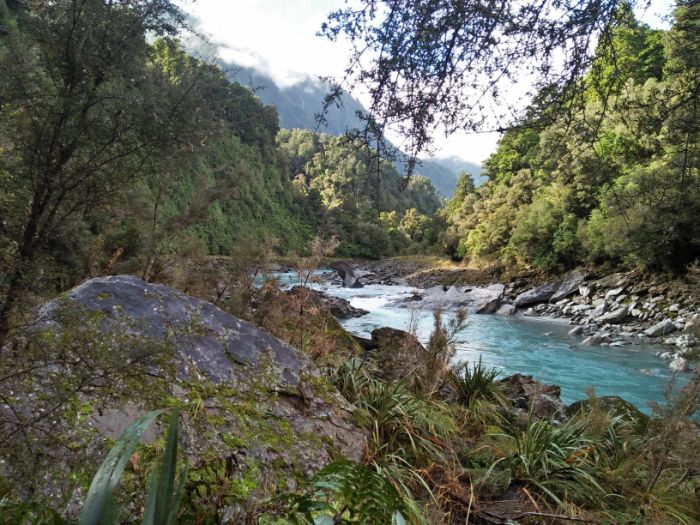 After breakfast, we would look for a public washing station to wash our dishes and fill up water.

If it was time for a shower, we would search for a public coin shower or at least a (usually freezing cold) lake or river to swim in.

Afterward, it was time to explore the nature around us, go on a hike or do whatever activity appealed to us that day. 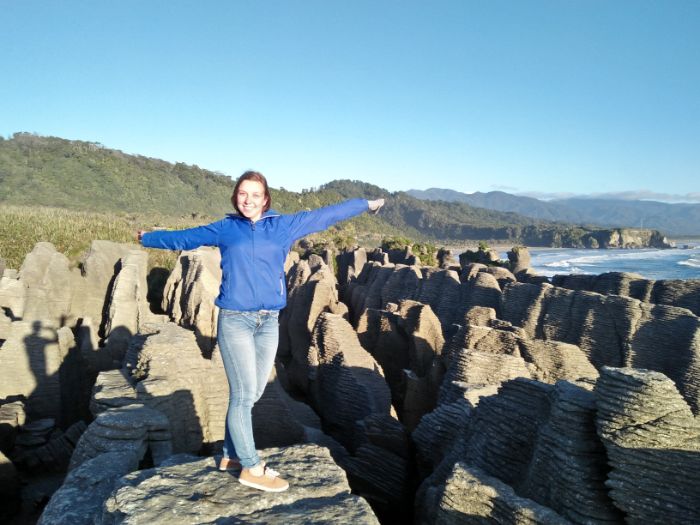 Our only restriction was that we had to find a camp spot before dark which was around 5 pm.

At our camp spot, we would cook dinner on our camping stove and crawl into bed before it got too cold outside.

We repeated this pattern for three months.

After we traveled around the south island thoroughly and saw some of the most precious scenery on earth (Now, I understand where New Zealand’s nickname “God’s country” comes from) we took the ferry from Picton to Wellington and arrived in the north island.

We explored the east coast of New Zealand’s north island while traveling further up north.

The end of our camp-life

Eventually, we ended up in Tauranga where we settled down for a while and moved into a house.

After all this time of living in the car basic comforts like a shower, a real kitchen, and a cozy living room seemed like luxuries to us. 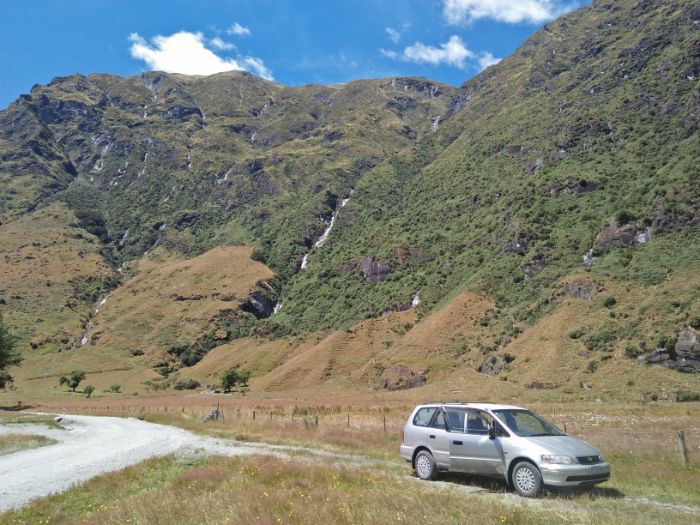 However, the experience of living a simple life out of a car and the sense of freedom that comes with this lifestyle is something I will never forget.

So if you want to go on an adventure, this is the type of traveling that I highly recommend!